The story of modern drip irrigation begins with a man named Simca Blass, an engineer who in 1947 was working on the first modern aqueduct in the Jordan Valley, of Israel. After discovering a large tree that was growing “without water”, he dug down to find a leaking pipe coupler that was supplying water to the tree. He bought up the pipes that England had used to extinguish fires during the London Blitz and shipped them home where they were used to construct a water system to supply water to 11 Israeli settlements and the Arab Bedouins in the Negev desert. In the 1950s Blass reopened his engineering office and pursued his idea of commercial drip irrigation. 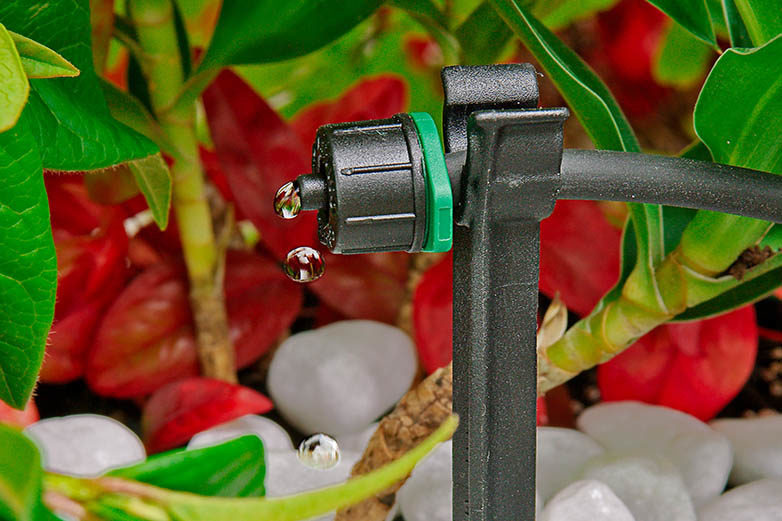 The first drip emitters were developed in the 1960s when plastic pipes began to be used for plumbing and irrigation. The first drippers were simply a long small diameter spiral tube, which was wound around the pipe, cutting to different lengths provided different flow rates. These early drippers were very uneven in flow output as they were sensitive to pressure changes and prone to blockages.

With the advent of injection moulded plastics, the design of drip emitters changed to accommodate two main factors, the first to maintain a consistent flow rate over a wide range of operating pressures and secondly to provide the broadest possible flow path in the dripper to prevent blockages. 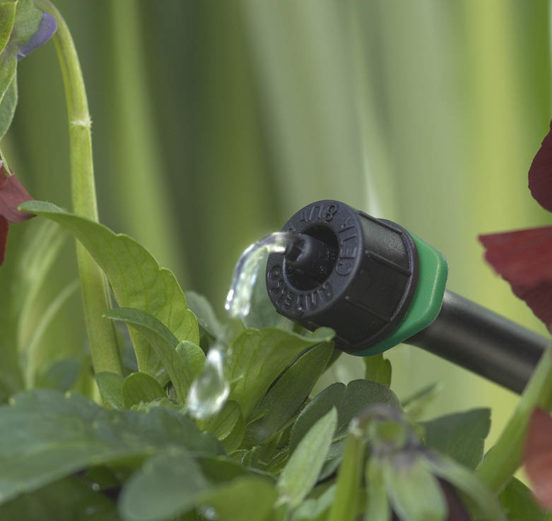 The first major design evolution was to provide a “turbulent” flow path by creating a maze of bends and flow direction changes in the dripper. This had two results; the first provided a wider flow path for the same flow rate compared to the earlier spiral tubes. The second was that the flow rate was less sensitive to pressure changes, i.e., more even flow rate. The second major design evolution was to introduce a “pressure compensating” mechanism in conjunction with the turbulent flow path to regulate the flow rate to a consistent level, i.e. 0.5, 1 or 2 gph are common flow rates. This mechanism is referred to as a diaphragm and is a precise rubber disc that meters the flow rate.

There is a lot of technology in the humble drip emitter that is used widely today in agriculture, landscaping, and home garden use and the manufacturing and assembly processes must be of the highest standard to produce a quality product. There are only a few companies around the world doing this well, and one based and manufacturing in South Australia is Antelco.