Although most of the country recently experienced a terrible heat spell, two months from now we’ll be wishing we had planted some vegetable crops in late Summer. Crops do surprisingly well in the cool fall weather with fewer insects and weeds, and more rain. No, I’m not talking about tomatoes and peppers, but now is the perfect time to plant brassicas, beets, carrots, chard and other cool season vegetables. These crops tend to be loaded with nutrients and taste even sweeter when they are harvested under more temperate conditions. Take advantage of these factors and extend the time that you’ll get the freshest veggies from your garden.

Most of us in inland California can’t grow lettuce in Summer because the intense heat causes it to become bitter and bolt when mother nature says it’s time to go to seed. The end of July, August, and even the beginning of September are good months to plant your fall garden and your local nursery will have starts ready in late August and September. Lettuce, peas, beans, and beets are wonderful Fall crops that make delicious salad ingredients. Chard and kale are two of the easiest veggies to grow and can often be harvested right through a mild winter.

Do some research online to find out the average time of the first killing frost in your area. Around here that would be mid-November. Up north, or at higher elevations, much earlier. Then look on the seed packet for the number of days until harvest and count back from the frost date to decide on the best planting date. Most southern areas of the United States are well suited to winter crops. Northern states will need to rely on cold frames, hoop houses, high tunnels, and greenhouses.

After planting, remember to keep the soil moist for a few weeks while the seeds are germinating. Providing some shade during the midday heat is also a must. A light layer of mulch or a temporary hoop house with a cover made of Agribon should work well.

While the nighttime temperatures remain above freezing, most of the following plants can be directly sown in the soil: 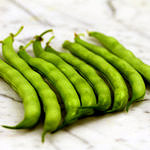 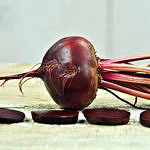 Table beets are a good choice. Greens develop after the first month and roots after the second month. Plant 10-12 weeks before the first killing frost in your area or cover with Agribon. Detroit Red (shown) is a good all-around variety and cold tolerant. 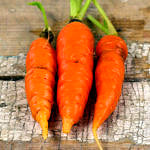 Scarlet Nantes, Autumn King, Muscade (shown) are excellent choices, though most varieties will survive a light frost and continue growing in mild areas as long as conditions remain moist but not wet. Plant 10-12 weeks before the first killing frost in northern areas. Check growth after 8 weeks. 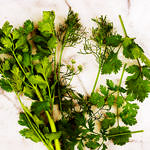 Plant seeds at least 6-8 weeks before the first killing frost. This will insure plants have time to develop before the colder weather sets in. 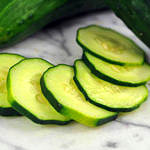 Plant at least 6-8 weeks before the first killing frost. Hardy varieties like Early Russian (shown) and Early Fortune are your best bet. 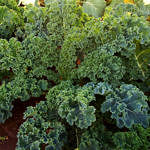 This green is a powerful source of antioxidants and one of the hardiest cold-weather crops. Siberian Dwarf (shown) is extremely hardy and productive, making it a great choice for cold weather gardens anywhere. 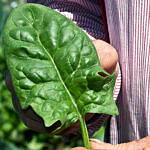 With a row cover of Agribon, this green can be harvested through much of the winter, even in colder climes. Choose varieties like Winter Bloomsdale (shown) or Tyee. 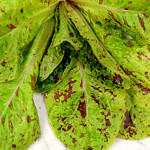 As a general rule, any variety that is heat- or drought-tolerant will also be a good candidate for fall gardens. Again, a row cover will extend the season. 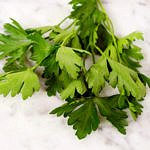 Plants take up to 3 months to mature but if protected by a row cover or cloche, they will keep on going through the fall. Parsley Giant of Italy is shown. 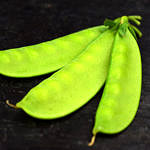 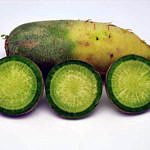 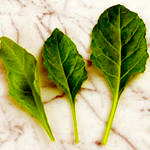 Though most varieties are remarkably cold-tolerant, Verde de Taglio is good choice for fall and winter gardens. Most chards can be mulched over and kept going until spring. 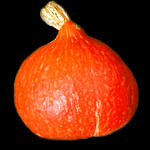 Can be planted up to 14 weeks before the first killing frost. Hubbard, Acorn, Butternut, Cushaw, and Red Kuri (shown) are excellent varieties. Some types can be stored for up to 4-6 months. 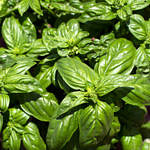 One of the easiest herbs to grow, but not frost tolerant. Compact Genovese (shown) is an excellent variety for any garden. Cover with Agribon or bring indoors when frost threatens. 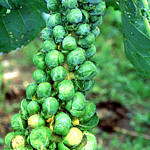 Varieties require 90-120 days to mature but frost actually improves the flavor. Plants can be wintered over in milder climes and harvested in the spring. 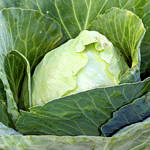 Starts will be hard to find come fall. So plan to germinate a second crop during summer months. January King and Early Jersey Wakefield (shown) are good choices for cool weather gardens.

The next few weeks may be the ideal time to plant that Fall Garden, but remember: It’s never too early or too late!